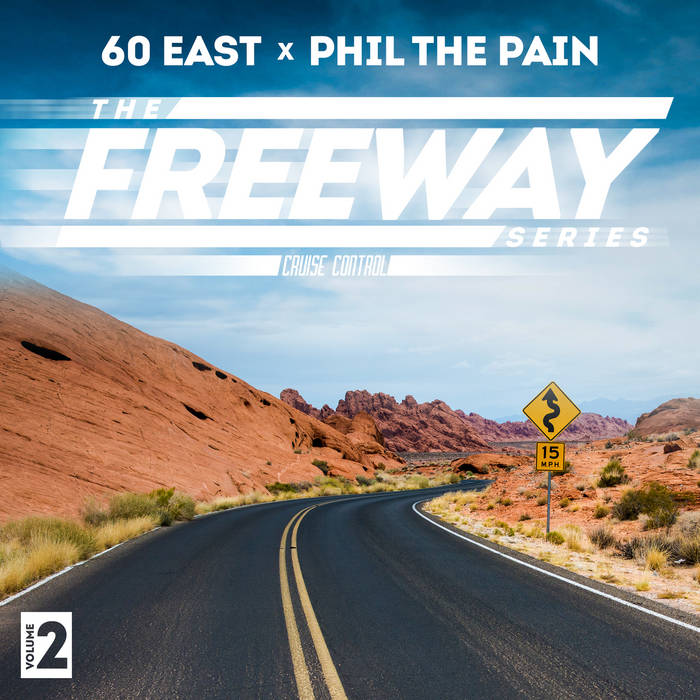 In this second installment of his critically acclaimed EP series, 60 East introduces friend and long-time collaborator Phil The Pain to bring listeners "The Freeway Series Vol 2: Cruise Control". The project was conceived when Producer Phil The Pain decided to take a leap of faith, pack his bags and move to California with nothing but his Maschine and musical dreams. Having a couch to sleep on in the home of 60 East, the 2 began working on music immediately. Not long after this project was born.

Ironically enough, though conceived on the West Coast, the project takes listeners on a trip back East. The sequel starts off with 60 landing in Boston and getting picked up by Phil The Pain, assumedly to begin a musical journey. The project sounds like the soundtrack to the tour or conversations being had on the tour. Featuring a few other Massachusetts musicians like Hip Hop up and comer Cam Meekins and is even Mastered by The Arcitype, who is best known for his engineering work with REKS.

If you want to know what its like to be in the backseat of a tour with 60 East and Phil The Pain, take a listen to "The Freeway Series Vol 2: Cruise Control" which is available EXCLUSIVELY for FREE on 60's website www.sixtyeast.net.

Produced By: Phil The Pain
Recorded at: The Chop Shop in Rancho Cucamonga,CA
Mastered By: The Arcitype
Artwork By: Jon May